First an experimental device to fight against precariousness.

HELPS is inspired by the success of an innovative Norman experimental system called Enerterre. It aims to extend its territorial impact initially thought on the scale of the Regional Natural Park of the Cotentin and Bessin marshes.

The aim of the project is to ensure that local actors in 4 countries are able to support, organize and carry out shared rehabilitation projects for inhabitants of the local built heritage in precarious situations, particularly with refugees from the volunteers. 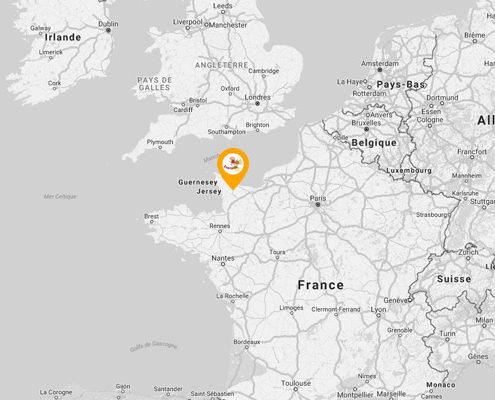 Mediterranean countries among the first countries concerned by the migration crisis.

In early 2016, Olivier, an actor from Enerterre, launched a solidarity action with Greece to transport essential products from France to migrant camps. This craftsman-trainer took the opportunity to concoct the very first draft of the HELPS project and initiate partnerships with local associations. This is why the HELPS project partners are trying to implement the Enerterre device first in the Mediterranean, then to prepare its implementation in other European countries.

A system as valid for any country subject to the risk of poverty and poor housing.

The project also responds to a general European issue: there is still not enough comfortable housing available at affordable prices in most European countries (source , topic : energy poverty, factsheet : housing comfort). This project must be carried out transnationally because it meets common challenges for the European Union: according to Eurostat 23.7% of the European population, or more than 118 million people are considered at risk of poverty or social exclusion in Europe. In France, this risk concerns 17.7% of the population, while it is 28.7% in Spain and Italy and 35.7% in Greece. 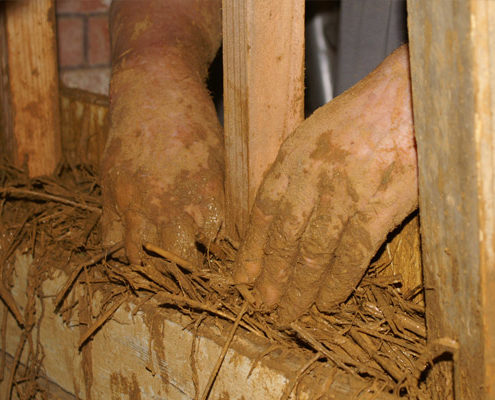 Foundations of the system

Enerterre is a system of shared self-rehabilitation of housing for the benefit of people in a situation of energy poverty.

Enerterre is based on the idea that household budgets can be lightened while fighting climate change and creating social links.

The values ​​that bring Enerterre participants together are openness, respect for others and conviviality.

The 3 pillars of Enerterre system

It can be considered that Enerterre is implemented if:

The objectives of Enerterre system

HELPS project aims to ensure that more and more people participate in the project and master the keys of the existing system in France. In concrete terms, we want to lead local actors in the participating countries to take ownership of the system and reinforce the skills of the resource persons identified. It is therefore a flexible spin-off strategy, whose effectiveness can be qualified by the transfer of knowledge and skills and quantified by the number of people involved in the dissemination process.

The desired results are therefore both:

Finally, indirectly, the added value of the project is linked to that of the Enerterre model. It is therefore primarily social, because this model brings cohesion, helps to break the isolation of people in precariousness and improve their living environment, which is a result in itself.

LET’S START DOING YOUR BIT FOR THE WORLD. JOIN US AS A VOLUNTEER.

Become a volunteer !
Scroll to top